Virginia Woolf said that “one cannot think well, love well, sleep well, if one has not dined well.” Food has an incredible capacity to make us feel good. Food can make us happy. It’s not just about flavour and the feel-good factor. Food contains micronutrients that can impact the way our bodies and brains function. A survey by the Food and Mood project, led by the mental health charity Mind, concluded that around 90% of people found that changing their diet significantly improved their mental health. So, what foods do happy people tuck into?

You know that advert where a woman melts into a puddle of bliss at the first crumbly bite of chocolate? Well, it turns out that it might not be so far-fetched after all. Chocolate, especially the dark, intense, high-cocoa stuff, contains the brain’s bliss molecule anandamide. A chemical messenger (neurotransmitter) produced in the brain, anandamide it works to temporarily block out “bad” feelings like pain and depression. In short, chocolate is happy food!

Anandamide actually acts in a similar way to marijuana – but researchers reassure us that with chocolate, we’re talking about something “much, much, much, much milder than a high”. The feel-good factor of chocolate is enhanced by two other magic ingredients that slow down the natural breakdown of anandamide, allowing it to build up in the brain. If you reach for chocolate when the going gets tough, consider it self-medication, not just self-indulgence! Enjoying just an ounce and a half of dark chocolate can make stress hormone levels plummet. That’s comfort eating at its best! (1,2,3) 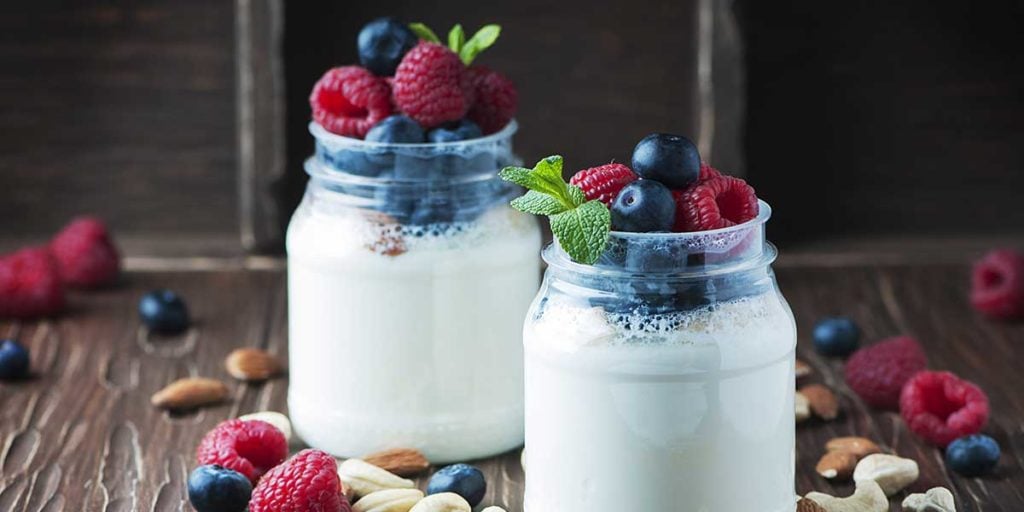 Live cultured or Greek yogurt is packed with probiotics, the “good” bacteria lining our guts  that maintain healthy digestion and break down the fiber in our food. However, research has shown that the influence of probiotics can extend way beyond the bowels. In fact, an imbalance in gut bacteria has been linked to mental health conditions such as depression and anxiety.

This phenomenon could come down to serotonin, a neurotransmitter often referred to as the ‘happy molecule’ because of its vital role in maintaining mood. Many people know that popular antidepressants like Prozac and Celexa boost brain levels of serotonin, but it’s a lesser-known fact that approximately 95% of the body’s serotonin is produced by our gut bacteria! Keep your serotonin levels topped off with yogurt containing active cultures, with a bonus punch of protein to keep your blood sugar levels, energy, and emotions stable. (4,5)

Omega-3 fatty acids provide a wide range of health benefits, including lowering cholesterol levels and protecting against heart disease, diabetes, and cancer. Of course,  it’s not just being healthier that’ll make you happy. Omega-3 fatty acids can also boost blood flow in your brain and keep dopamine levels high, which can in turn improve mood and cognitive function. In fact, a study in Brain Behavior and Immunity showed that students taking omega-3 supplements had a staggering 20 percent decrease in anxiety symptoms. Low omega-3 intake has been linked to symptoms of depression and may even be related to increased risk of suicide in elderly people. To prevent or combat depression, try increasing your fish intake or introduce an omega 3 supplement. (6,7)

Bananas have a reputation as being depression-busting superfoods because they contain loads of L-tryptophan, a precursor to the “happy” chemical serotonin. L-tryptophan is an essential amino acid (meaning it cannot be produced by the body in adequate quantities and must be received from diet) that can be converted to serotonin in the brain. Unfortunately, only about 1 percent of dietary tryptophan is destined for the brain, so slicing that banana onto your granola every morning won’t necessarily work miracles. (8) However, every little bit counts when it comes to neurotransmitters, so your daily banana may certainly help to perk you up!

Bananas and are also packed with vitamin B6, which can help to ease anxiety and soothe stress. Ripe bananas in particular are rich in the amino acid tyrosine, which can be converted to dopamine, a neurotransmitter that helps us to experience pleasure and keep us driven and motivated. (9,10) 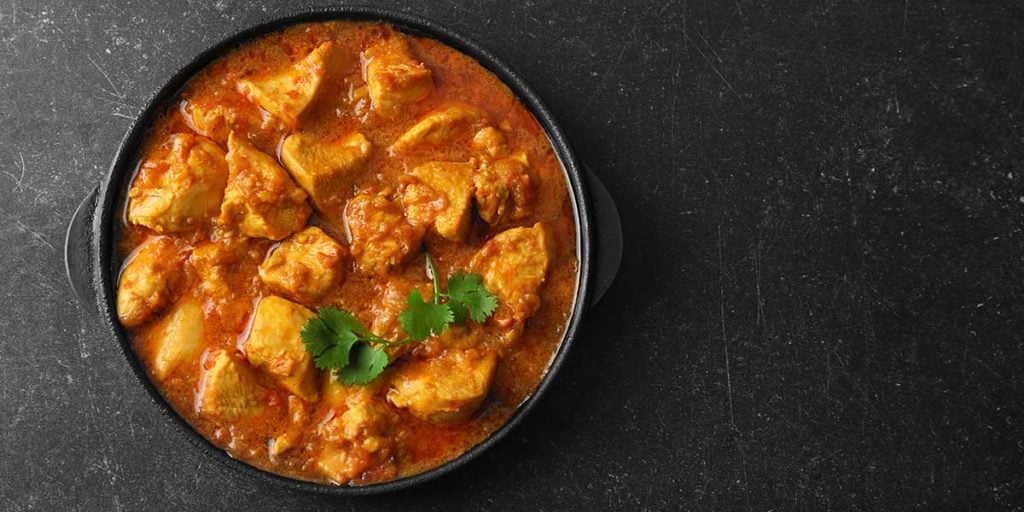 Fancy something spicier? India has one of the lowest rates of Alzheimer’s disease in the world, and it might be due to all the turmeric in Indian cooking!. Turmeric, the ingredient that gives curry powder its signature coloring, also plays a major role in brain health. Turmeric is packed with a curcumin, a compound that can increase levels of Brain-Derived Neurotrophic Factor (BDNF), which can protect against both dementia and depression. So, having a regular vindaloo really could be the spice of life! (11)

I’m a total grouch before I’ve had my morning Americano. The good news is, research confirms that this is not just bad behaviour on my part, it’s science! Coffee affects many of the chemical messengers that help control your mood. So, you’re not imagining things, that latte really can improve your sense of well-being.

Caffeine blocks adenosine receptors, which gives you an energy kick and stops that sleepy feeling. It also boosts dopamine and serotonin levels, helping you to feel happier, sharper, and more alert. Research has also shown that coffee triggers BDNF release, creating more neurons, allowing for a healthier brain  and even reduced symptoms of depression. (12)

Blackberry season is about to start and the hedgerows are laden with berries, so get ‘brambling’ for a dose of nature’s free antidepressant! The purple pigments found in blackberries are what makes the difference. Anthocyanins, the substances that give blackberries and blueberries their characteristic colour, are antioxidants that mop up dangerous cancer-causing free radicals and also help your brain to make dopamine. Decreased dopamine levels  can trigger depression, so gorge on berries for a lighter mood. (10) Healthy food is happy food!