The buzz is starting to get out about Berberine. There are not many supplements that have the ability to act as a ‘pharmaceutical drug’, but Berberine can and has been shown to be just as effective as drugs like Metformin. But unlike pharmaceutical drugs that normally  only work to improve one aspect of our health, Berberine can act in multiple ways to produce multiple health benefits. Berberine is also safe with minor side effects, and it’s quite affordable! So let’s take a closer look at Berberine benefits.

Berberine is an alkaloid compound that’s found in a number of different plants including Goldenseal, European barberry, Goldthread, Oregon grape, Tree Turmeric, and Phellodendron. It comes originally from China and India where it has been used in Chinese and Ayurvedic medicine for centuries. Its early uses were primarily for fighting infection and against diarrhea.

However, as our health problems have developed to reflect modern lifestyles of high stress, poor diets and little exercise, Berberine’s amazing properties have been shown to have a significant impact on a number of ‘modern diseases’, with none of the side effects of pharmaceutical drugs. Its anti-bacterial anti-fungal properties, balance blood sugar, and other hormones help with weight loss and boost the immune system and that’s just for starters.

So get ready for 14 amazing research-backed Berberine Benefits! 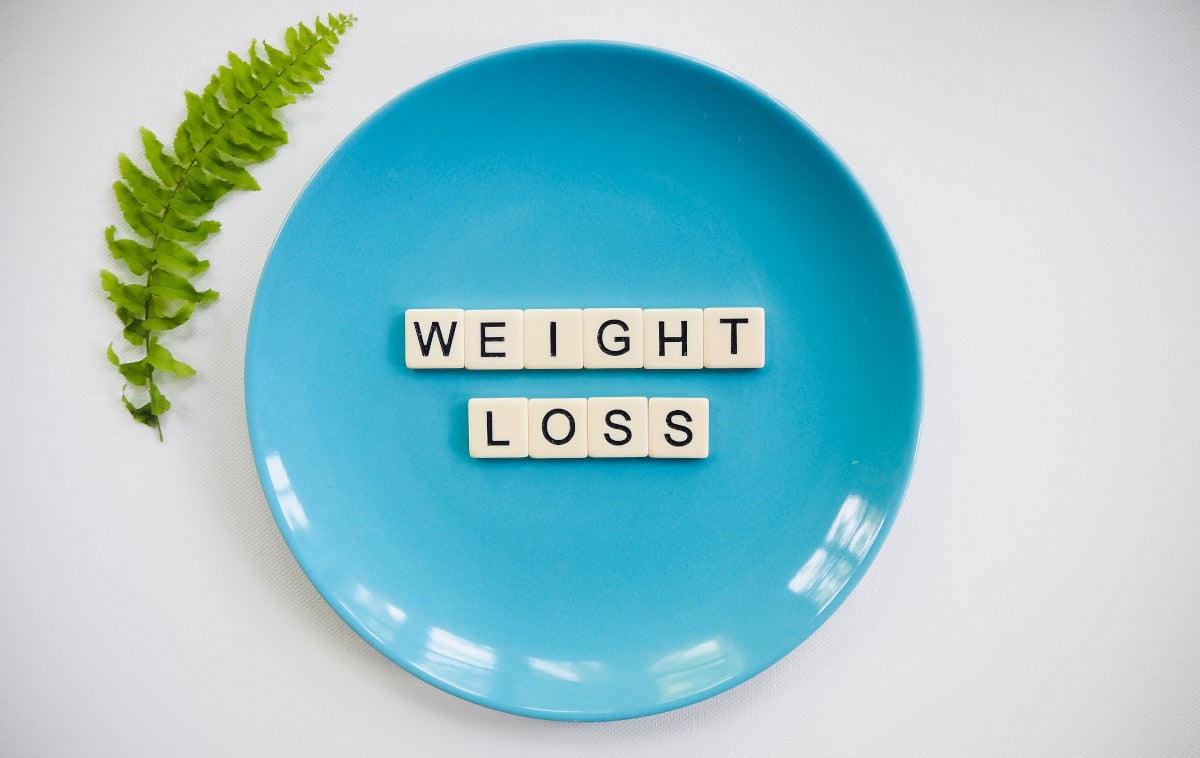 With the world’s population growing ever fatter, there have long been efforts to create ‘anti-obesity’ drugs. However, with little success in recent years, the search is now focused on natural alternatives to artificially  created drugs.

The key to Berberine’s effect on weight is its ability to activate AMPK (Adenosine MonoPhosphate-Activated Protein Kinase). AMPK is like a metabolic master switch inside the body and boosts fat burning by the mitochondria (the energy centers of cells in the body). When it’s activated we naturally burn more energy.

Berberine also seems to be able to inhibit fat storage, and increase the efficiency of the hormones insulin, leptin and adiponectin, which both play a significant part in weight gain and loss (1). Berberine may also be key in enhancing the activity of brown fat. Brown Fat is a type of fat that burns energy instead of storing it. It’s colored brown because it’s loaded with energy-burning mitochondria (2).

How Much Berberine To Take For Weight Loss?

A 2012 study found that adults that supplemented with 500mg 3 times a day, i.e with breakfast, lunch, and dinner, lost an average of 5 lbs during 12 weeks with no other lifestyle changes (2). The authors of the study also found Berberine lowered triglycerides, improved cholesterol, and reduced inflammation, and was very safe to use. We’d also expect to see much bigger losses in weight if Berberine supplementation is combined with healthy eating and exercise.

2. Did You Know About Berberine Benefits for PCOS – Polycystic Ovary Syndrome

Insulin sensitivity is key for women suffering from PCOS. When cells in the body become insensitive to insulin, we have to produce more to get our cells to accept glucose. This increased insulin level acts on the ovaries to make them produce an excess of testosterone. This can have big implications on fertility and can produce a range of androgenic symptoms such as excessive hair growth, acne, and Acanthosis Nigricans, which is the medical term for darkened and thickened patches of skin that usually develop in the armpit, and around the groin and neck.

How Does Berberine Help PCOS?

Berberine lowers insulin and blood glucose levels in a similar way to Metformin, which is often prescribed for PCOS. Berberine up-regulates the expression of insulin receptor genes in cells, allowing them to absorb glucose at lower insulin levels, so we don’t have to produce as much. It also prevents digestion of carbohydrates in the diet, reduces the production of glucose in the liver, and reduces the levels of bad bacteria in the gut, which reduces inflammation.

Compared to Metformin, Berberine also has far fewer side effects.

Research on Berberine vs Metformin For PCOS

A 2011 study compared Berberine to Metformin for women with PCOS. The study used 500mg of Berberine 3 times a day. They found that both Berberine and Metformin improved insulin function, reduced body weight, and reduced testosterone production.

However, they found Berberine was superior to Metformin in reducing waist circumference, waist-to-hip ratio, blood triglycerides, as well as total and LDL cholesterol (the bad one), and increasing HDL cholesterol (the good one) (6).

How Much Berberine to Take For PCOS?

Both of the studies mentioned above used 500mg of Berberine 3 times a day, (taken with meals), for a total of 1500mg a day. You can take 1000mg per day during the first week whilst your body gets used to Berberine to reduce the chance of GI side effects.

Berberine’s effect on diabetes is comparable to Metformin, and as we’ve seen in the PCOS section it can reduce insulin levels, decrease blood glucose levels, increase insulin sensitivity, as well as reducing glucose production in the liver. It can also decrease the amount of carbohydrate that is digested by the body, and the amount broken down by the body’s enzymes. It can also help to help to reduce bad bacteria in the gut and reduce the chronic inflammation that is characteristic of diabetes.

Berberine also has significantly fewer side effects than Metformin. For more information on the studies of Berberine vs Metformin for diabetes, and to see specific dosage instructions, please see our more in-depth article on Berberine for diabetes here.

Berberine has been shown to decrease blood cholesterols levels.

A recent review of 18 previous studies on Berberine and Cholesterol showed that is can (8):

Berberine also reduces insulin resistance and decreases blood sugar levels, which along with diabetes are significant heart disease risks. So whereas statin drugs ( pharmaceutical medicines to lower cholesterol) may actually increase the risk of diabetes, Berberine has the opposite effect and significantly fewer other potential side effects.

Berberine also stimulates the release of nitric oxide (NO). This is a signaling molecule that relaxes arteries, increasing blood flow and lowering blood pressure, which also protects against atherosclerosis (11).

How Much Berberine to Take To Lower Cholesterol?

Most studies on Berberine and cholesterol use the standard dose of 500mg, 3 times a day with meals for a total of 1500mg a day, although some have used up to 3 grams a day. We recommend starting with 500mg 3 times a day, with the potential to increase depending on tolerance and under the guidance with your doctor.

Candida is a yeast found in our gut,skin, and mouth. Small amounts of it are necessary to help us digest our food, but when there is an overgrowth it can cause problems and is it tricky to treat. An overgrowth of Candida can cause a breakdown of our intestinal wall leading to the release of toxic byproducts into the body, known as leaky gut.

Its symptoms can range from fungal nail and skin infections to eczema, ADHD, depression, and anxiety. It may even make you crave carbohydrates. Tackling Candida should never just be left to one thing, it takes a multi-pronged ‘attack’ to reverse Candida overgrowth.

However, Berberine is an excellent part of a Candida cleansing program. Berberine has fantastic anti-microbial activity and can:

Berberine can also act specifically against Candida albicans. A 2011 study showed that Berberine could directly inhibit the growth of various Candida species, and it’s action also increased the effectiveness of antimycotics or antifungal drugs (12).

How Much Berberine To Take For Candida?

SIBO is an overgrowth of bacteria in the small intestine and can lead to abdominal pain, bloating, gas and diarrhea. It may also lead to vitamin and mineral deficiencies and weight loss

Current medical treatments focus mainly on antibiotic treatment, although these have negative side effects as both good and bad bacteria are killed off, which is why many people are turning to traditional herbal remedies for a cure. Because Berberine has such strong anti-bacterial abilities it’s a good alternative treatment for those who don’t want to take, or who have not had success with oral antibiotics.

Berberine has been shown to be effective against gram-positive bacterial strains which are predominant in the small intestine (13). Also, herbal remedies have been shown to be at least as effective, and sometimes more effective than antibiotic treatments against SIBO such as Rifaximin. For example, a 2014 study showed 46% of the patients who took herbal ‘antibiotics’ had a negative breath test for SIBO after treatment, compared to just 34% of the Rifaximin users.

How Much Berberine to Take For SIBO?

7. Did You Know About Berberine Benefits for UTI and Other Infections

Berberine’s activity against bacteria, parasites, fungi, and viruses, as well as its ability to boost the immune system, make it an excellent alternative treatment for infections including UTIs.

Berberine can significantly reduce the levels of ‘bad’ strains of bacteria such as Staphylococcus, Streptococcus, and Salmonella, Klebsiella, Clostridium and Shigella (and many others) (15). It has also been shown to be effective against MRSA (Methicillin-resistant Staphylococcus aureus), which is causing many deaths in our hospitals today. Berberine also was shown to have an enhanced effect against MRSA when combined with antibiotics and may be able to “restore the effectiveness of beta-lactam antibiotics against MRSA” (16).

Berberine has also shown its ability to fight against the flu virus (influenza) (17).

How Much berberine To Take For Infections?

Berberine has an antilipogenic effect on the sebaceous glands, so it can help people suffering from acne. Research has shown that in cases of moderate to severe acne a dose of 600mg per day was able to improve symptoms by as much as 45% after only 4 weeks, (acne symptoms were measure by counting non-inflamed, inflamed, and total acne lesions, as well as using the Michaelson’s acne severity score) (5).

Also, one of the Berberine benefits is that it can speed the healing of acne scars and can prevent future outbreaks of acne.

How Much Berberine To Take For Acne? 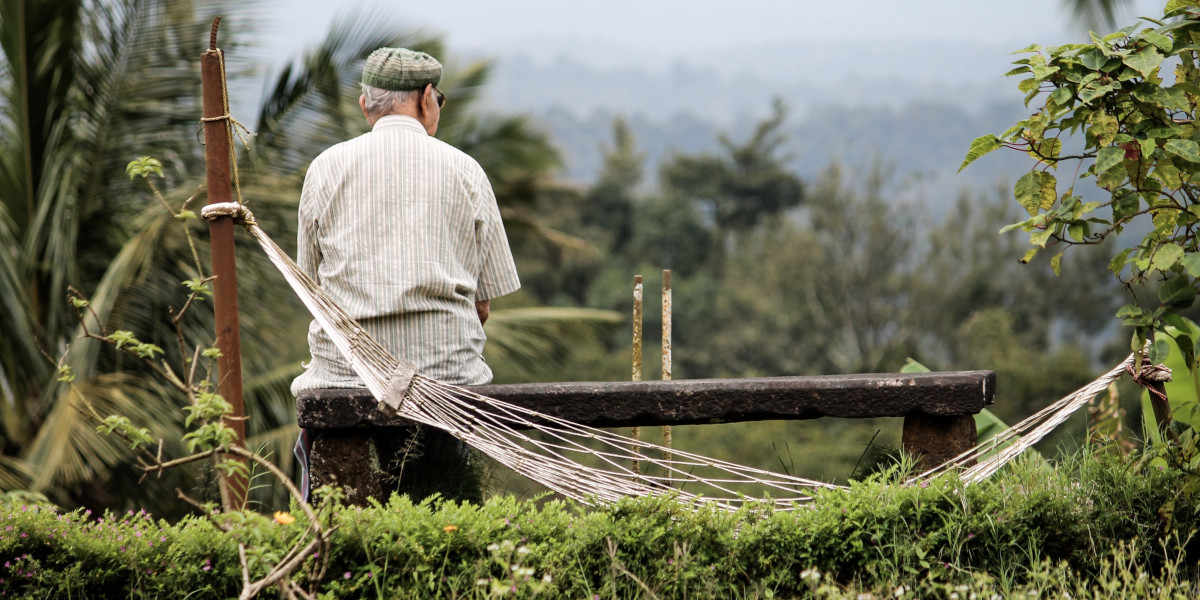 Berberine may also be able to slow the progression of, or even prevent Alzheimer’s disease.  A 2015 study found that Berberine could enhance neuroprotective pathways and counteract neurodegeneration (18). A 2011 study also concluded that “berberine helps prevent oxidation damage to biomolecules in the brain, inhibits enzymes which breakdown important memory molecules, reduces peptides that interfere with proper memory function, and lowers lipids that interfere with cerebral blood flow” (19).

We eagerly await more research in this area, but  so far, pharmaceutical drugs at best can only slow early stage Alzheimer’s and dementia, so Berberine is certainly worth a try.

How Much Berberine To Take For Alzheimer’s and Dementia?

One of the Berberine benefits is that it may be able to help with depression. So far the research has only been conducted on mice and rats, but the studies have shown that Berberine is able to increase the levels of Serotonin, Dopamine, and Norepinephrine in the brain (20 -21).

Also, inflammation has also been linked to the development of depressive symptoms, and because Berberine can reduce inflammation in the body, this may also be another mechanism through which it can act against the symptoms of depression.

11. Berberine Can Benefit Your Lung Health Fatty Liver Disease is a risk factor for people suffering from type 2 diabetes, PCOS, and also people who are overweight, have high cholesterol and high blood pressure. Current medications such as Metformin and Pioglitazone have limited success in treating the condition.

Studies on Berberine, however, have shown it can improve liver function, increase fatty acid burning in the liver, decrease glucose production in the liver, and reduce fat build-up in the liver (23 -24).