In this Ultimate Supplement Guide, we summarize the scientific literature and answer all of the questions about omega-3 that people are asking the most. Find out what are omega-3 fatty acids, what are the their health benefits and how much omega-3 you actually need.

There are very few nutrients that medical scientists have studied more than omega-3 essential fatty acids. Even generations before most of the studies, people supplemented with cod liver oil for the numerous health benefits omega-3 provides.

This article contains more than 50 citations from reputable medical websites and scientific studies. We dug through mountains of medical literature so you don’t have to.

If you have any questions, concerns, or even rebuttals, please contact us or leave a comment below. Don’t be a stranger. 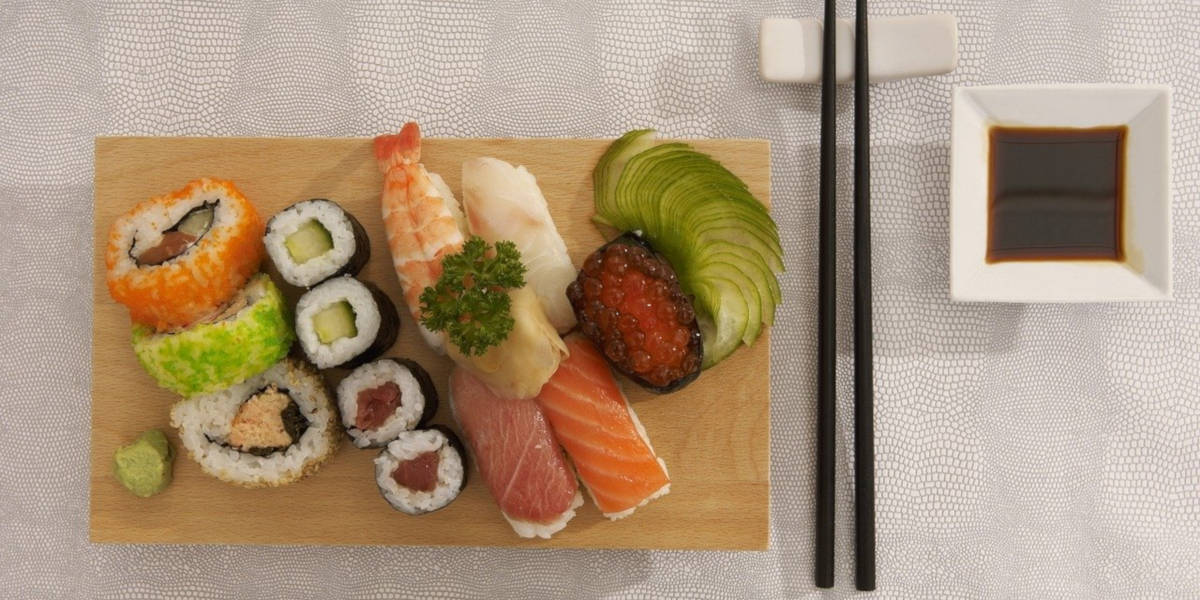 The term omega-3 refers to a group of fatty acids. Three forms of it are considered essential fatty acids. The word “essential” means your body needs them. They are important parts of the membrane of each of your body’s cells. Your body doesn’t make omega-3. You have to get it from foods and/or supplements. (1)

Omega-3 comes in 11 forms. The three normally regarded as the most important forms are considered essential fatty acids. They are called alpha-linolenic acid (ALA), eicosapentaenoic acid (EPA), and docosahexaenoic acid (DHA). ALA – which is found in plant foods like flax, nuts, and soy – is far less bioavailable than the other two. This means your body will absorb and use a smaller percentage of it by weight. (1)

This does not mean vegetarians or vegans will not get enough omega-3 from plant sources that provide only ALA. They just need more ALA than they would EPA or DHA, both of which come primarily from fish and seafood. The body will turn some ALA into EPA and a smaller amount of it into DHA.

The percentage of ALA your body will absorb may vary a lot, depending on factors such as:

The unused ALA will be stored and/or used for energy like other fats. (5)

To elaborate, high omega-6 intake decreases your ability to convert ALA to the more usable omega-3 forms. So does being a young male instead of a young female. Young men may need to consume twice as much ALA as young women for the same effects.

Keep reading, and you’ll learn what omega-3 fatty acids do for you, the benefits they provide, proper dosages, side effects, and more.

There is a fourth omega-3 compound that scientists have recently begun studying more frequently, and that is docosapentaenoic acid (DPA). Babies typically get equal portions of DPA and DHA – and a smaller portion of EPA – from human breast milk. From fish oils and seafood – the primary sources of DHA and EPA – you will get DPA, too, but far less of it than the others. However, your body absorbs and uses DPA more efficiently than others. (6)

DPA can convert to EPA and DHA in the body.

Like the other omega-3 types, DPA is a polyunsaturated fatty acid (PUFA). It is sometimes considered an “intermediary” essential fatty acid and sometimes just a PUFA. Scientists still argue about whether it should be considered a type of omega-3 at all.

The more DPA is studied in medical science, the more important it is reported to be. New studies tend to reveal new benefits.

While there is a lot of overlap between DHA, EPA, DPA, and ALA, they all have different functions as well.

Omega-3 is involved in so many body processes that you won’t begin to get a clear picture of their numerous jobs until you get to the What are the Benefits section below.

Why Does Your Brain Need Omega-3? 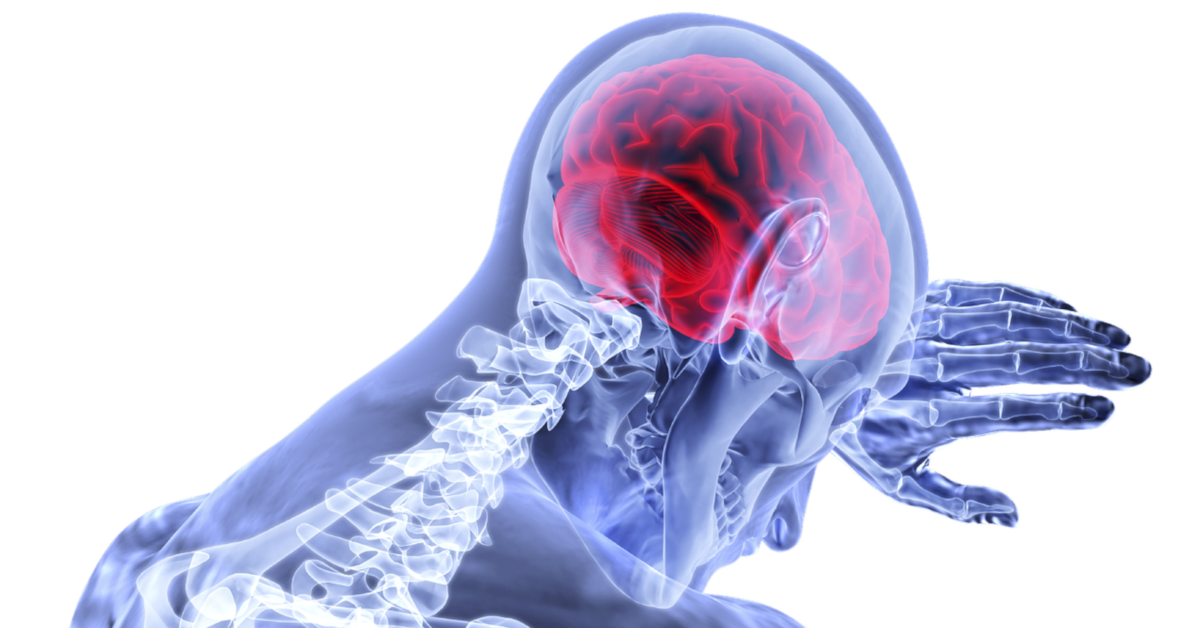 Your brain is 60% fat. A significant percentage of this fat is omega-3 in the form of DHA.

According to animal studies, deficiency in omega-3’s DHA form in developing brains can cause: (9)

Your brain cells contain DPA and EPA. However, the amount of DHA is hundreds of times greater. All of them play a role in brain health. DHA helps keep your brain cell membranes more fluid and elastic and ensures they can signal to other brain cells properly. (10)(11)

What are the Best Omega-3 Food Sources? 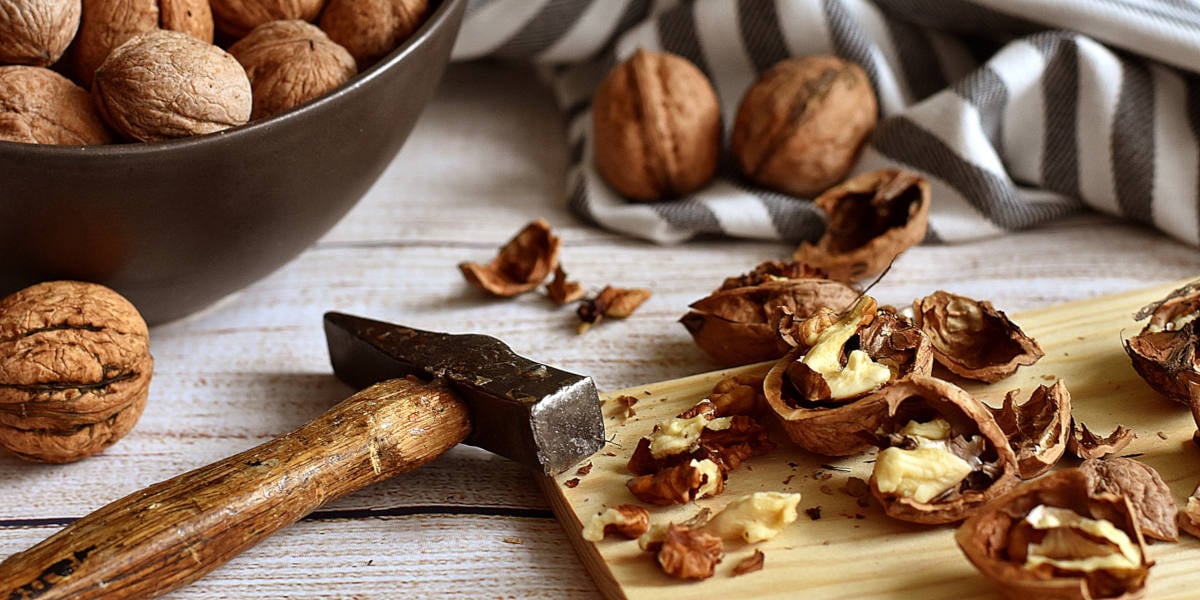 These are the clear winners among plant sources of ALA omega-3.

If you do a quick internet search on plants that deliver the DHA and EPA forms of omega-3, you may find websites that tout seaweed as a good source. If you look a little closer, you’ll find that 10g of nori seaweed will yield only 10mg-20mg of omega-3. Wakame seaweed will yield the same amount. You will need to eat hundreds of grams of seaweed to meet daily omega-3 standards. On the bright side, seaweed has far more omega-3 than omega-6. (14)

If you’re a vegetarian looking for direct sources of DHA and/or EPA, your best bet is to go with algae-based (algal) oil. Most algal oil supplements provide DHA and very little EPA. However, some do deliver a lot of both. The human body absorbs the DHA in algal oil fairly easily. (15)

The foods highest in DHA and EPA are seafood like fatty fish and shellfish.

The top non-plant food sources of DHA and EPA are: (16)

What are the Benefits of Omega-3? 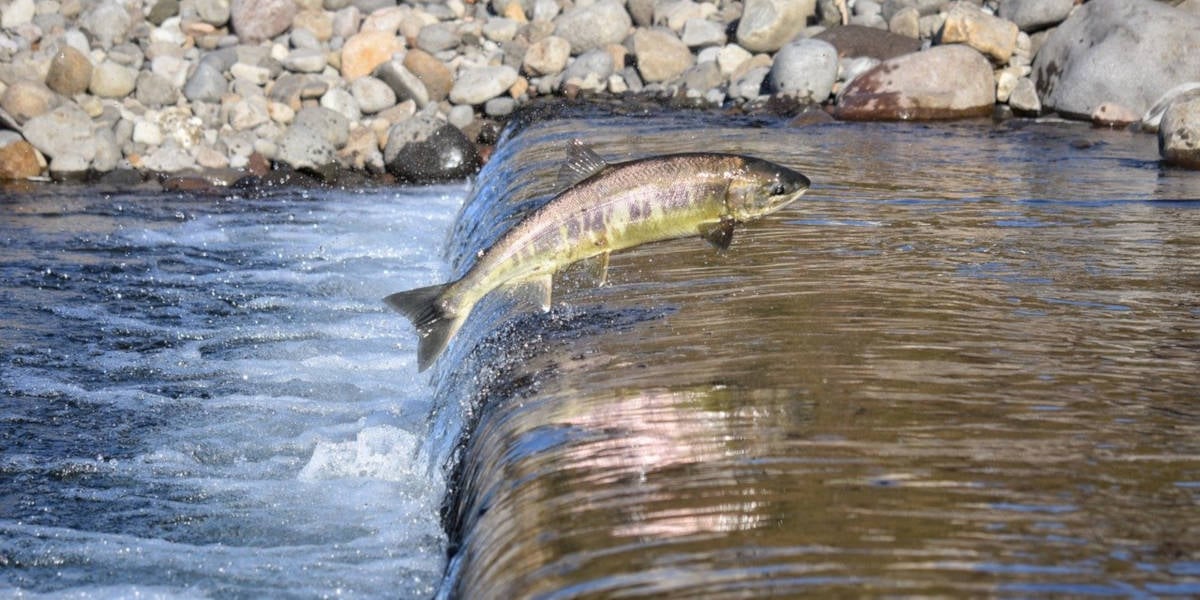 Another analysis of studies singled out EPA as a mood-improver and anti-inflammatory agent in cases of major depressive disorder. They noted that successful supplements were limited to those with EPA levels of at least 60% of total omega-3. Any supplement with a ratio lower than 60/40 EPA/DHA was ineffective at improving depression symptoms. (19)

This is why Ultra Pure Omega-3 by Intelligent Labs is 60/40 EPA/DHA.

Healthy medical students tested 20% lower for anxiety symptoms than those who took a placebo in a 12-week 2011 study. The omega-3 supplement they took daily was over 2,000mg EPA and 348mg DHA. The best results occurred in those with higher omega-3 to omega-6 ratios in blood samples. (20)

A 2018 analysis of studies demonstrated that omega-3 successfully reduced anxiety in those with and without anxiety-related diagnoses. Researchers noted that the placebo studies bringing significant results used omega-3 doses of 2,000mg or more per day. Those with specific anxiety-related diagnoses received the greatest benefits. There was a total of 1,203 participants in the studies they looked at. (21)

In a 2017 review of 16 controlled studies of children and young people with Attention Deficit Hyperactivity Disorder (ADHD), researchers reported improvements in impulsive behavior, hyperactivity, attention span, reading, visual learning, working memory, and short-term memory. They said supplementation with omega-3 and omega-6, depending on dosages, can help reduce the above ADHD symptoms alone and alongside traditional drug-based treatments. (22)

Omega-3’s EPA form has gained attention for its ability to fight chronic inflammation.

A 2017 animal study demonstrated that some of your omega-3 converts to anti-inflammatory cannabinoids in the body. (23)

Scientists are creating ongoing studies to determine omega-3’s ability to help prevent or alleviate a variety of inflammation-related diseases.

Researchers at the Norwegian University of Science and Technology (NTNU) suggested that omega-3 may help patients with Alzheimer’s Disease, multiple sclerosis, meningitis, and even some forms of cancer while calling for more studies. They examined its anti-inflammatory processes and how they work. The research includes reviews of existing studies. (24)

Studies of EPA’s effects on depression symptoms point to anti-inflammatory mechanisms that are responsible for the results. They also suggest that these same mechanisms slow the aging process.

Studies of multiple forms of omega-3 confirmed that high blood levels of Omega-3 help protect the brain from cognitive decline. Omega-3 strengthens the integrity of neural circuits and leads to healthy cognitive ability in healthy older adults. One study found that even Omega-3’s ALA form from plant sources can improve brain health in old age. (25)

People with Alzheimer’s Disease tend to have low levels of omega-3 in the brain. However, a 2016 review of studies did not find much benefit from omega-3 for people who already have Alzheimer’s. The researchers did suggest that some people may experience improvements in some daily living tasks after supplementing for a year or more. They recommended more studies to test the effects of different dosages and durations. (26)

Scientists probably haven’t studied all the different dosage levels of EPA/DHA combinations that could help people with Alzheimer’s. None of them say that no more research is needed to settle the issue. 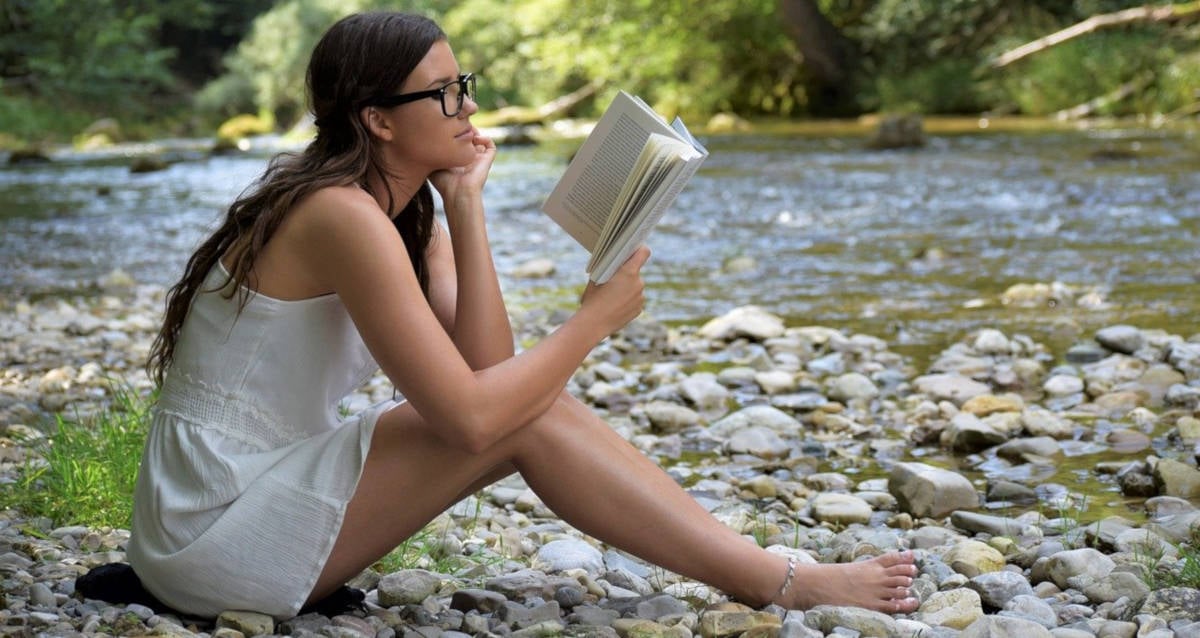 A study of 11 healthy women and men, 18-25 years old, measured omega-3’s ability to improve working memory. Those who took fish oil capsules for six months improved working memory by an average of 23%. (30)

A 2015 study looked at 485 people with an average age of 70 and normal levels of age-related memory complaints. The omega-3 group took 900mg of omega-3’s DHA form from an algae-based supplement daily for 24 weeks. Everyone took a memory test that required them to recall where certain patterns appeared on a computer screen. At first, both the DHA and placebo groups averaged 13 out of 30 possible mistakes. After 24 weeks, the DHA people averaged 8.5 (13 – 4.5). The placebo people averaged 10.6 (13 – 2.4) mistakes. Both groups improved, but the omega-3 group improved more. (31)(32)

Omega-3’s EPA and DHA forms are considered essential skin nutrients. Multiple studies show that both oral and topical use helps keep skin healthy and wrinkle-free. They provide anti-inflammatory benefits and act as antioxidants. They also improve moisture levels, elasticity, firmness, and other measures of skin health. One study gave credit to 2,200mg daily oral doses of ALA from flaxseed oil for improved skin health as well. (33)

A 6-month study of 120 healthy women in 2015 examined their hair after supplementing with omega-3, omega-6, and specific antioxidants for six months. The vast majority of them experienced lower hair loss, higher hair density, and improved hair diameter compared to placebos. (34)

Medical scientists in 2018 examined the effects of omega-3’s DHA form on hair growth in mice. They used fermented fish oil extract from mackerel. The extract promoted hair growth similarly to the way minoxidil, the “Hair Club for Men” drug, does. (35)

Arthritis Today Magazine noted a lot of studies that show omega-3 can reduce inflammation-related symptoms like pain, soreness, and stiffness. (36)

One 2013 study looked at rheumatoid arthritis sufferers who took high doses of fish oil along with the standard “triple therapy” of methotrexate, sulfasalazine, and hydroxychloroquine. The fish oil group achieved remission at double the rate and enjoyed overall better outcomes than the group receiving only the standard treatment.

Other studies demonstrate that omega-3 reduces joint pain but has little or no effect on joint tissue damage. However, it may produce chemicals that help prevent joint damage caused by immune responses. 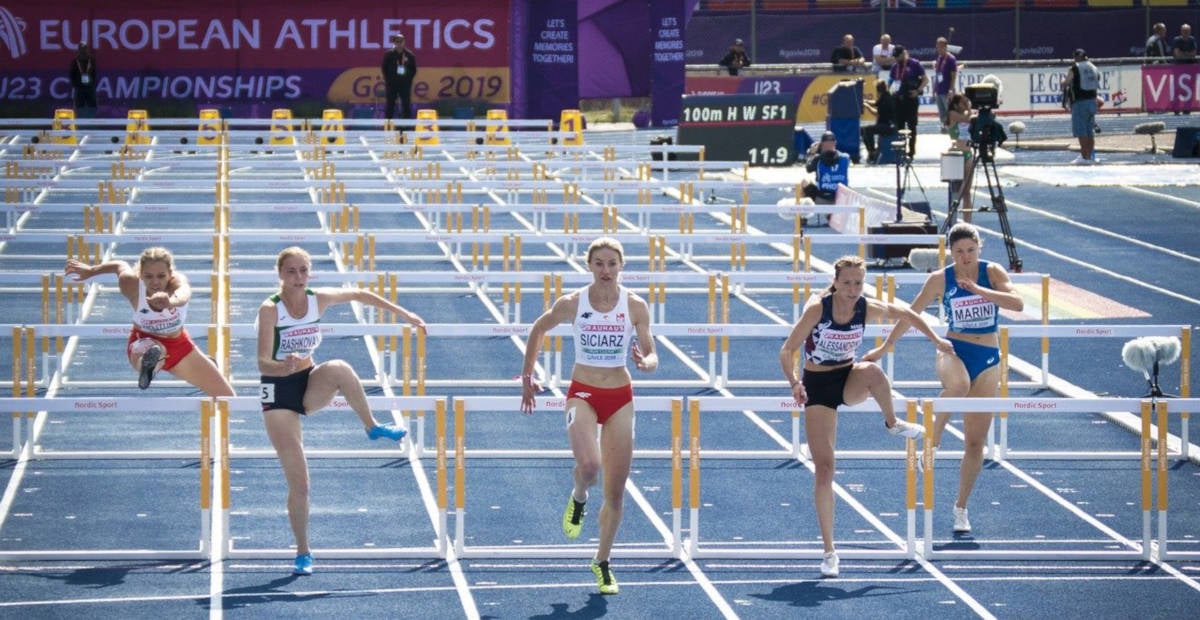 The authors also noted other studies proving DHA’s ability to decrease and delay fatigue and reduce muscle-related oxidative stress in athletes. These benefits are well-known.

Omega-3 can make workouts and sports games feel easier to perform by increasing endurance and reducing the energy needed to get the job done. The anti-inflammatory effects can help prevent a lot of muscle soreness and swelling.

In 2011, researchers looked at