The incidence of insulin resistance, obesity, and other metabolic disorders have reached massive proportions in industrialized nations. Currently, one of the more popular glucose-lowering drugs available by prescription is metformin. This drug comes with potential side effects, some of which are very serious (1).

Berberine is a plant-based compound that has developed a reputation for being a natural metformin alternative. This is because it can help the body reduce blood sugar levels in multiple ways with relatively few side effects.

Here, we’ll examine a number of berberine’s health benefits and see where it stacks up in terms of its ability to lower blood sugar, improve metabolism, and perform other helpful duties in various systems of the body. We read through mountains of scientific studies and compiled the most important beneficial health information so that you did not have to.

What is Berberine & Where Does it Come From?

The Chinese Medicine and Ayurveda communities have been aware of the benefits of berberine since ancient times, including its unique ability to lower blood sugar levels. Traditionally, it has been used for the treatment of inflammation, infections, parasites, wound healing, skin and stomach ulcers, indigestion, hemorrhoids, and diarrhea in many geographical regions of the world. Widespread diabetes is relatively a new health concern in history, so past healers didn’t pay much attention to its management during ancient times. (3)(4)

What are the Benefits of Berberine? 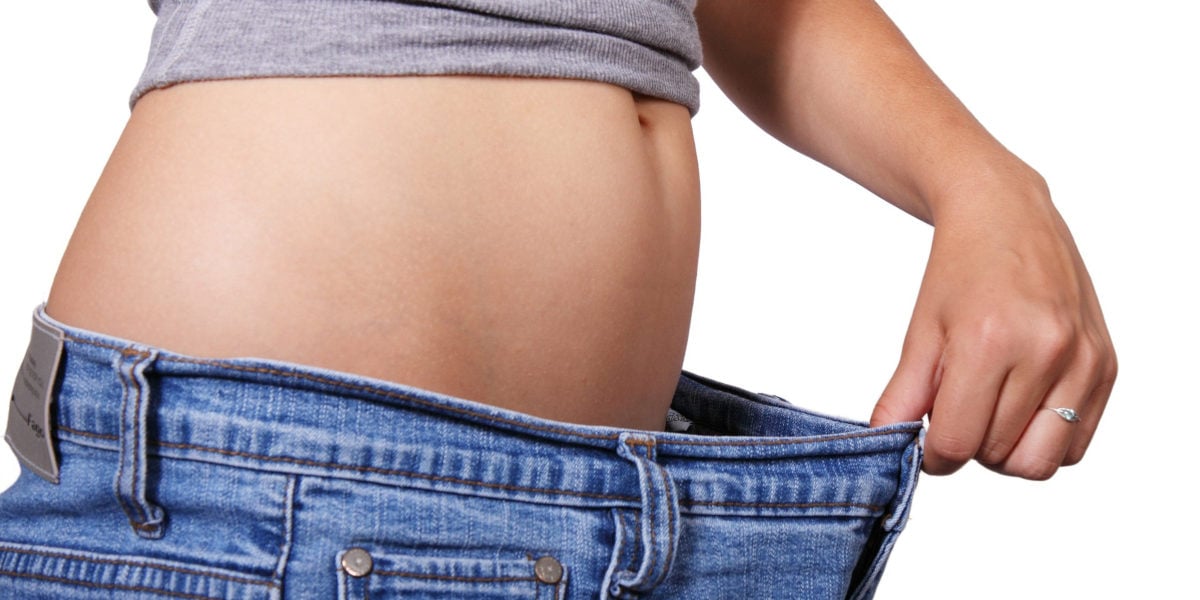 Berberine lowers blood glucose as much as common drugs used for that purpose. It also does this in several different ways.

Supports Insulin Production in the Pancreas

In 2012, a study noted berberine’s ability to decrease glucose and insulin in the blood of humans and animals and strengthen insulin sensitivity throughout the body. (4)

The researchers explained one of the mechanisms behind these benefits as the regulation and repair of pancreatic islet cells. Islets are a group of specialized cells in the pancreas that make several hormones. One of the most important hormones is insulin, which allows your many-body cells to absorb glucose from the circulating blood and use it for cellular energy.

“These results indicate berberine may have a two-way regulation in pancreas islets. In typical type 2 diabetes with notable insulin resistance, berberine lowered blood insulin levels through increasing insulin cellular sensitivity. However, in type 1 diabetes or the late stage of type 2 diabetes characterized by poor β-cell function, berberine was able to increase insulin secretion via repairing destructed or exhausted islets, which may be related to its antioxidant and anti-lipid peroxidation properties.”

One important glucose-lowering talent of berberine is the ability to activate the adenosine monophosphate-activated protein kinase (AMPK) signaling pathway.  The AMPK is an enzyme produced in the brain and has earned the nickname of the “metabolic master switch” because it plays an important role in our body’s step-wise pattern of energy metabolism. Defects of this enzyme’s signaling pathway can result in obesity and other metabolic problems in the body. Berberine is known to help activate AMPK which will, in turn, help the body to regulate the metabolism of dietary glucose and fats. (5)

Stimulates Enzymes that Break Down Glucose

In 2014, a study sought to determine whether AMPK activation was the only mechanism by which berberine could lower blood sugar levels and surprisingly found that it was not. They first chemically blocked the AMPK activation pathway and the results showed that even when AMPK was blocked, berberine still lowered blood sugar levels. In addition, metformin had the same effect on blood sugar. The authors concluded that berberine and metformin not only activated the AMPK pathway but they also promote glucose metabolism through the stimulation of glycolysis, which is the breakdown of glucose by enzymes in the body. (6)

Berberine is also able to work against diabetes because it works in the same way as alpha-glucosidase inhibitor and alpha-amylase inhibitor drugs (e.g. miglitol and acarbose). These are medications that prevent the digestion of carbohydrates and reduce the impact of dietary carbs on blood sugar levels (7)(8). Specifically, they inhibit enzymes that break down sugars and starches (i.e., glucose). The natural forms of these medications do exist in plants and include curcumin and berberine. (9)

These compounds also decrease glucose transportation into the body because following the intake of a regular meal, food is digested in the mouth and stomach and transported across the intestinal epithelium layer into the bloodstream. These compounds work at the layer of cells which facilitate food absorption in the intestines.

Prevents the Liver from Creating Too Much Glucose

The liver is the main site in the body for making and storing glucose. This function is key during times of starvation (between meals) and fasting. Berberine has also been found to inhibit gluconeogenesis, or the production of glucose that takes place in the liver. (10)

The same mechanisms that allow berberine to control blood sugar levels and cellular insulin sensitivity also allow it to be good for the overall metabolism of carbs and fats.

If you’ve read this article from the beginning, you would know that berberine inhibits glucose production in the liver and glucose digestion in the belly. It activates the enzyme, AMPK, which regulates fat and sugar metabolism. It also repairs and supports islet cells, the clusters of cells in the pancreas that produce insulin.

In one study, obese human subjects ingested 500mg of berberine three times a day for 12 weeks. The study subjects reportedly lost an average of five pounds (2.3kg). They also were found to have lost more cholesterol and triglyceride than they would have through other traditional weight loss methods. (11)

Another study of humans with metabolic syndrome led to a greater weight loss in the same amount of time. In three months, their body mass indices (BMI) dropped from an average of 31.5 to 27.4, allowing them to decrease from anobese to overweight status. They were noted for taking 300mg of berberine, three times a day. Insulin resistance most likely played a role in the amount of weight loss seen in this group. (12)

A 6-month study of metformin and weight loss followed 154 patients who took up to 500mg of berberine twice a day.. They also lost a considerable amount of weight, especially those with high insulin resistance. To the contrary, the untreated participants actually gained weight. (13)

Berberine has multiple mechanisms of action that help regulate metabolism and cause weight loss. 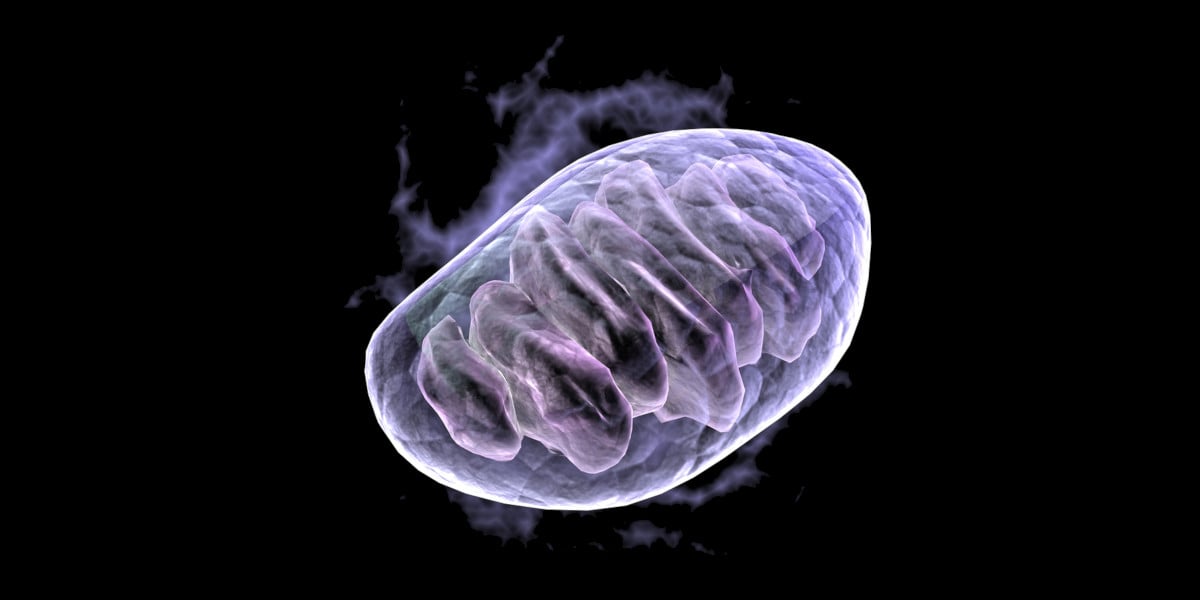 In  2014, a review of studies examined berberine’s anti-inflammatory effects in those with metabolic disorders like diabetes, which is also considered an inflammation disorder. In their analysis,  researchers noted a large number of antioxidant and anti-inflammatory activities in human and animal subjects. (14)

A number of scientific studies have revealed berberine’s ability to kill bacteria, viruses, fungi, and parasites. There are actually too many to mention here; however, here are some key notable ones to consider.

Factors such as high blood sugar, high triglycerides, and unhealthy cholesterol levels can increase the risk of heart disease. Berberine is noted to reduce all three and also elevates the level of healthy cholesterol. (17)

In 2003,  a long-term study published results suggesting that berberine significantly improved the survival rate of people who previously suffered from heart failure. (18)

Lowers Fat Build-Up in the Liver

In 2013, an analysis of scientific studies examined berberine’s ability to reduce fat storage in the liver. Researchers confirmed the existence of this ability and recommended that more studies be conducted to determine how this biological property is achieved. (19)

In 2019, researchers examined existing studies and noted numerous ways in which berberine improves mood, especially in patients with mood disorders. (22) 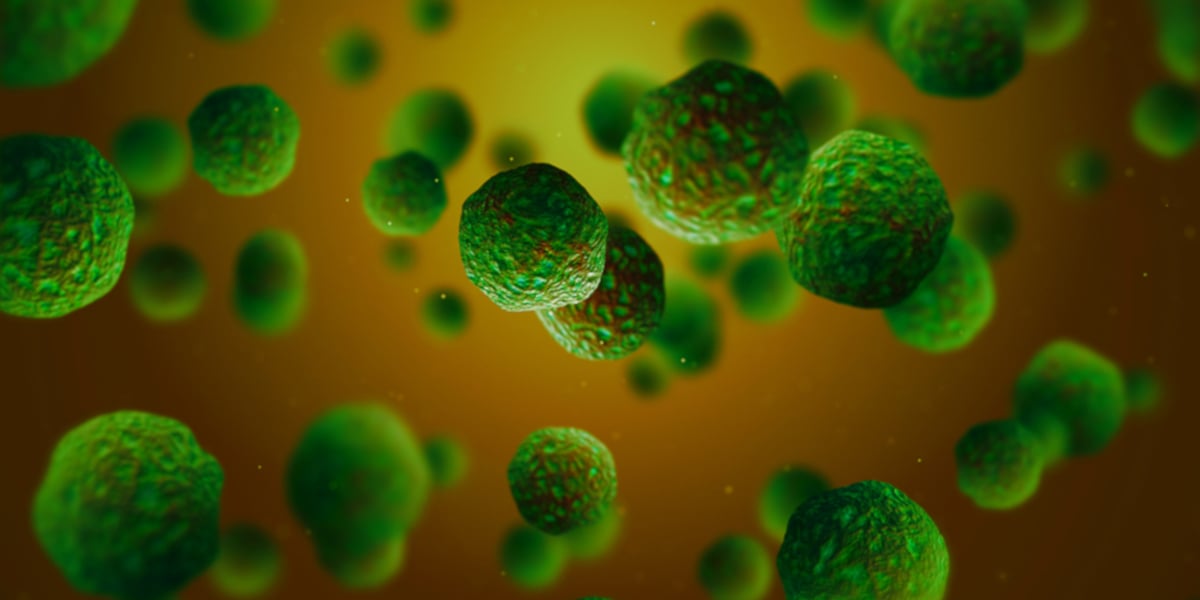 In 2010, a study of adult men of all ages, shapes, and sizes linked excessive amounts of certain types of “bad bacteria” in the gut with type 2 diabetes. (23)

In  2018, in an analysis of existing studies, researchers pointed out several connections between metabolic disorders like diabetes and the gut bacteria ecosystem. They blame the current high levels of diabetes on a modern diet saturated with carbohydrate-rich and fat-rich processed foods and a lack of eating fiber. Healthy bacteria found in the gut feed on the fiber and create short-chain fatty acids (SCFA’s) which are known to reduce inflammation. People with diabetes are known to have lower levels of gut bacteria that create SCFA’s. All of these factors, combined with the overuse of antibiotics, have led to more diabetic cases than in previous periods of history. (24)

The same researchers have also noted other chemicals produced by healthy bacteria of the gut that can help prevent metabolic disorders, support the immune system and regulate other organs in all systems of the body.

The researchers cited a study showing that berberine does not suppress healthy probiotic strains in the lactobacillus and bifidobacterium groups. These groups include most of the healthy strains that you will find in probiotic supplements, yogurt, and other probiotic-rich foods. They also pointed out another study of a probiotic milk beverage slowing down a number of diabetic symptoms in rats consuming high amounts of fructose. By suppressing bad bacteria, berberine inadvertently supports the growth of probiotics.

Reduces the Severity of Acne

In 2012, an Iranian study of adolescents with moderate to severe acne demonstrated the lowering of their Michaelson’s acne severity scores by an average of 45% in four weeks compared to a placebo. The subjects used 600mg of oral barberry extract daily. (33)

Berberine vs. Metformin: Is Berberine the Natural Substitute?

First of all, let us remind you that this article is not intended to be a substitute for a comprehensive diagnosis and sound medical advice from your doctor. Secondly, below is some great news and key findings associated with the biological impact of berberine.

In  2008, a study followed 36 adults for three months who were newly diagnosed with type 2 diabetes. Subjects were randomly assigned berberine or metformin. Both showed similar effectiveness at lowering blood sugar levels. However; berberine worked better than metformin in regards to fat metabolism. (26)

In part B of the study,  data from 48 adults with “poorly controlled” type 2 diabetes was collected and analyzed. Berberine demonstrated improved blood sugar and cholesterol levels as well as fat metabolism. The only side effects reported were temporary gastrointestinal symptoms: passing gas, gas pains, diarrhea, and constipation. There was no damage noted to the function of the liver or kidneys. (26)

Given such results, the medical scientists concluded that berberine, “may serve as a new drug candidate in the treatment of type 2 diabetes.” They noted its low cost and relatively good safety profile compared to established drugs with similar effects. They also recommended new studies embracing a larger share of the diabetic patient population. (26)

In 2015, an analysis of scientific studies published in the Journal of Ethnopharmacology compared the effects of berberine on those with type 2 diabetes. Researchers looked at 27 randomized controlled clinical trials with a total of 2,569 patients participating. These were placebo studies. Some also compared results of berberine to placebos with and without exercise programs and other “lifestyle interventions.” Others compared berberine with oral drugs that lower blood sugar levels. (27)

The researchers concluded that berberine with lifestyle intervention was more effective at lowering blood glucose compared to lifestyle intervention alone with placebo. Berberine showed additional positive effects on blood sugar when combined with similar pharmaceutical drugs. Their conclusion was that berberine’s ability to lower blood sugar is as effective as conventional treatments. They also recommended berberine for those who can’t afford traditional pharmaceutical drugs while also calling for more studies to resolve remaining unanswered questions. (27)

Clinical Verdict: Berberine does appear to act as a natural alternative to glucose-lowering drugs like metformin, but remember: Always consult with your healthcare provider before treating any disease with nutrients. Healthcare providers have the testing resources and expertise to offer a proper clinical diagnosis. If you have a complex health condition or multiple illnesses, they are also better equipped to detect these things and advise you accordingly.

Berberine vs Metformin Side Effects