“Just eat a balanced diet and you’ll get all the essential nutrients your body needs!” Said the nutritionist, personal trainer, doctor, or add in any other health care professional. Sometimes there’s even an additional “It’s not rocket science”.

But even if it was, have any of the health care professionals suggesting it actually checked to see whether it does really offer all essential nutrients from the diet? That is, does a “balanced diet” contain all the vitamins, minerals, and other essential nutrients that we need on a daily basis?

Perhaps eating a balanced diet was easy in the past, when governments published exactly what we had to eat to be healthy.

The food pyramid – did it work?

It started with the Swedish government in 1974 – they were the first country to publish a food pyramid. The United States Department of Agriculture (USDA) published its own food pyramid in 1992.

It really was easy… you just picked 7-11 servings a day from the bread, cereal, rice, and pasta group and mixed that with vegetables, fruit, some milk, and a chicken wing and voila – you were healthy.

There was just one problem… 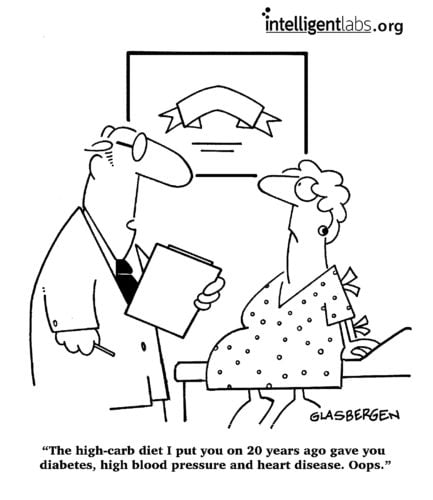 Switching from the food pyramid to MyPlate

Hugely aware of their failure, the USDA’s Center for Nutrition Policy and Promotion got rid of the pyramid and replaced it with their “MyPlate” graphic in 2011.

Now, whoever came up with the MyPlate graphic was certainly inspired as it’s really about as useful as ejection seats on a helicopter.

Unsurprisingly, since the introduction of “MyPlate” in 2011, the high rate of increase in the levels of obesity and diabetes has not slowed down one iota.

Of course, it’s a trend not just seen in the USA, but all throughout the developed world and in many developing countries now as well.

Comparing essential nutrients from diet vs the RDA

Perhaps I am being too harsh on the USDA, as actually coming up with a completely balanced diet is very difficult.

For example, a 2006 study published in the Journal of the International Society of Sports Nutrition, looked at 70 different diets of either athletes or sedentary individuals who were all looking to improve their health or performance, and so were making efforts to eat as healthily as they could.

The researchers then picked the best 20 diets from the 70 initially analyzed. The 20 diets were split evenly between 10 men and 10 women and represented:

The researchers then tested the diets against the US RDA (recommended daily allowances) for 10 vitamins and 7 minerals.

Amazingly, the researchers found that none of the 20 diets met the RDA’s for all of the vitamins and minerals!

Compared to the RDAs, the researchers determined that (4):

So, no, not even these health-conscious individuals were getting all the essential nutrients from their diets!

Furthermore, in 2009, the USDA produced figures showing the average percentage of different vitamins and minerals that the average person in the US was getting from their diet, and it highlighted some major issues.

These figures are unlikely to improve anytime soon either, regardless of how much effort people are putting into their diet.

The reason why was highlighted in a study at the University of Texas that looked at U.S. Department of Agriculture nutritional data from both 1950 and 1999 for 43 common vegetables and fruits. They found there were significant reductions in the levels of protein, calcium, phosphorus, iron, riboflavin (vitamin B2), and vitamin C in the levels from 1999 compared to 1950 (5).

A further study published in the Journal ‘Nutrition Health’ looked at data published by Dr. McCance from King’s College, London. The data were originally published in 1940 to help with diabetic dietary guidance but continued to be updated until 1991. It included figures on 27 varieties of vegetables, 17 varieties of fruit, 10 cuts of meat as well as some milk and cheese products. The study found that over that time there ‘had been a significant loss of minerals and trace elements in these foods‘ (6).

The authors of both studies concluded that the reductions in vitamins and minerals in our food were due to a number of different factors related to modern agricultural methods. These included the use of pesticides, hormones, antibiotics, and food additives, as well as mineral depletion of the soil, increased heavy metals and excessive fertiliser use.

The authors also suggested the change to quicker and higher-yielding varieties of fruit and vegetables meant that the fruits and vegetables were spending less time in the ground, and so had less time to absorb nutrients which led to lower nutrient levels by the time they were ready for harvest.

Does it actually matter if I don’t get the RDA of a particular nutrient?

If you asked a doctor, chances are they would probably say it’s only a problem if you have a specific disease known to be caused by a particular vitamin, mineral or nutrient deficiency. Examples of these would include Beriberi which is caused by a deficiency of Thiamine (aka Vitamin B1), or Pellagra caused by a Niacin deficiency (aka Vitamin B3).

However, we have to be realistic and think about how true this is likely to be. As an example, if we take the most fundamental biochemical reaction in the body, that of producing energy, and then look in a biochemistry textbook to see how the body does this, the process will be described as glucose being oxidised into ATP (energy), carbon dioxide, and water.

Deficiencies in any of these essential nutrients from the diet will lead to inefficiency in energy production and the gradual degeneration of mitochondria, the cell organelle where most of the energy production in the body takes place (7).

The question then is “What will be affected in the body by a lack of energy?” The answer is potentially everything.

The degeneration of the mitochondria itself is now considered a leading cause of ageing (8). When we start to look at all of the other almost countless biochemical reactions going on in the body, we see that vitamins, minerals or other essential nutrients are needed for all of them at some stage.

Arguably, the leading researcher into vitamin and mineral insufficiencies (i.e. lower levels than required, but not outright deficiencies that would cause diseases like Beriberi or Pellagra) and their impact on health is Dr Bruce Ames. He has developed a theory that moderate deficiencies in essential vitamins and minerals underlie ageing and all the diseases we associate with getting older.

His theory, which is called ‘Triage Theory‘, hypothesizes that moderate deficiencies over years lead to accumulated damage which eventually causes damage to our DNA and RNA as well as the development of cancer, immune dysfunction, cognitive decline, physical decline, cardiovascular disease, mitochondrial decay, and stroke (8).

The theory initially came from studies into Vitamin K, which looked at mice that were bred to lack 11 genes known to code for vitamin K-dependent proteins, so the mice were not able to perform the functions that Vitamin K is normally required for. They found that these mice were significantly more susceptible to bone fragility, type 2 diabetes, arterial calcification, calcific aortic valve disease, and spontaneous cancer (9).

Ames went on to conclude that “If the triage hypothesis proves to be correct, as the vitamin K analysis suggests, it will demonstrate the importance for a long and healthy life of avoiding modest micronutrient deficiencies for minimizing cancer and other age-related diseases, and for changing how people think about nutrition and health”.

Whilst, as we’ve seen, it’s very difficult to get all essential nutrients from diet alone, it’s not something that should give you much cause for concern.

In fact, Ames when on to say that “the incidence of these diseases (i.e diseases associated with ageing such as cancer, immune dysfunction, cognitive decline, cardiovascular disease and stroke) might be reduced by an inexpensive micronutrient intervention”. In other words, he’s suggesting making up any likely shortfall from the diet by supplementation.

For example, a high-quality multivitamin might be the best insurance policy against the normal diseases of ageing and living a longer, healthier life.

A high-quality multivitamin means that it includes a complete set of nutrients:

A perfect example would be our Intelligent Labs Adult Multivitamin with its 25 essential vitamins and minerals.

We would also recommend looking for a multivitamin that contains the body’s active versions of B6 as Pyridoxal-5-phosphate (P-5-P), Folate as 5 MTHF, and B12 as Methylcobalamin, which will be shown on the supplement facts panel of any multivitamin.

That said, if you’re wondering when is the best time to take vitamins, it should be in the morning, preferably with nutritious food. This healthy food + high-quality multivitamin combo is the best approach to a “balanced diet.”

(4) Bill Misner, Food Alone May Not Provide Sufficient Micronutrients for Preventing Deficiency, Journal of the International Society of Sports Nutrition. 3(1):51-55, 2006.